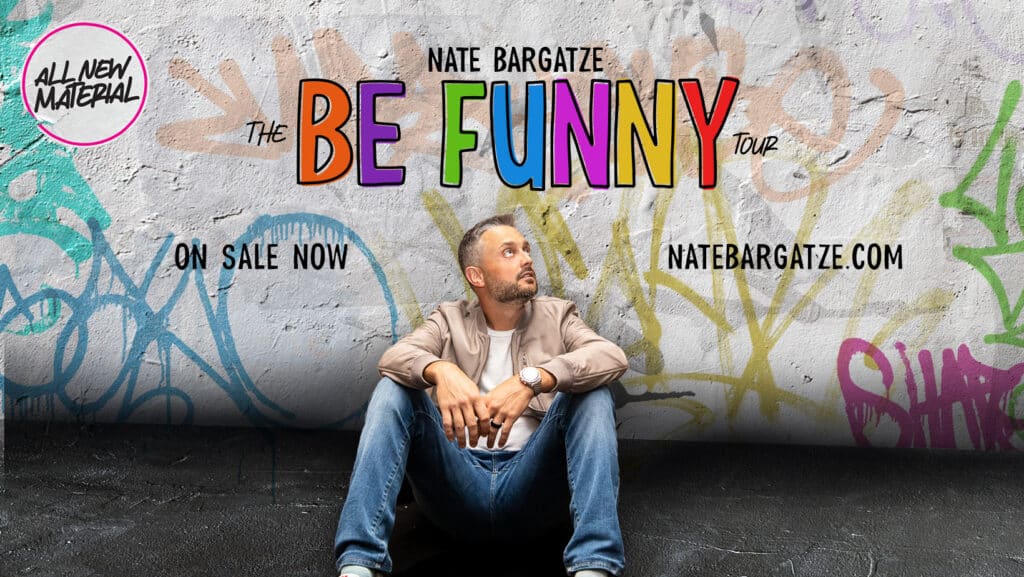 Are you ready for a night of laughter and entertainment? Look no further than the Raising Cane’s River Center Performing Arts Theater on Sunday, February 26th, 2023, where comedian Nate Bargatze will be taking the stage.

Nate Bargatze is a well-known comedian, known for his clean humor and relatable material. He has been featured on numerous television shows, including “The Tonight Show Starring Jimmy Fallon,” “Conan,” and “The Standups” on Netflix. He has also released several comedy specials, including “The Tennessee Kid” on Netflix, which received critical acclaim.

In addition to his successful career on television and streaming platforms, Nate Bargatze has also built a reputation for being a fantastic live performer. He has toured extensively, playing to sold-out crowds across the country. His performances are known for being high-energy and interactive, leaving audiences in stitches.

The Raising Cane’s River Center Performing Arts Theater is the perfect venue to experience Nate Bargatze’s talents. With state-of-the-art sound and lighting systems, as well as comfortable seating, the theater provides an immersive and enjoyable experience for all attendees.

If you’re looking for a night of pure entertainment, then you do not want to miss this show. Nate Bargatze is a comedian who has proven time and time again that he can sell out shows and leave audiences in hysterics. He is a must-see for any comedy lover, and tickets to his show at the Raising Cane’s River Center Performing Arts Theater are sure to go fast.

Don’t wait! Get your tickets now before they sell out. You won’t want to miss the chance to see Nate Bargatze live and in person, at the Raising Cane’s River Center Performing Arts Theater. Don’t miss out on the chance to see one of the best comedians in the business, live and in person. Get your tickets now and prepare for a night of non-stop laughter and entertainment.